There are many ways in which a festival can be celebrated and what it should be like. Although every group observes the festival in its specific manner, Dashain celebrates the traditional rituals.

In the early young days, grandmothers would describe Dashain as a festival of joy that signals the arrival of harvest and provision for the following year. Festivals like this one associates with fulfilment and the blessings of goddess Durga’s different forms.

Nepal observes the most extended holiday of the year at Dashain, considered a big festival for most immigrants. As the country plunges into an annual festive mood, more than half of the population leaves the Capital region. It returns home to their small towns and villages to celebrate and reconnect with family.

According to the lunar calendar, the festival generally falls between September and October. Despite the varied traditions of different cultures and ethnic groups, some things remain common among people from various cultural backgrounds, such as eating, drinking, and making merry.

Read Also: In 2021, when is Dashain? Take note of the Dashain events & dates this year! 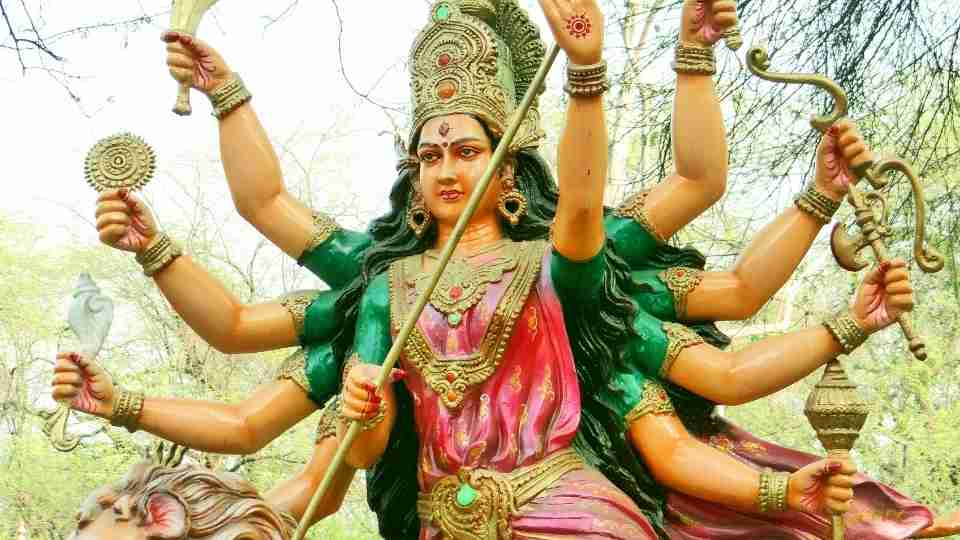 It is a festival of spirituality and merrymaking as well as a celebration of faith. In celebration of Goddess Navadurga, the festival honors nine manifestations of the goddess. In the first day of Dashain, the Divine Word of God is read each day for nine days.

After Mahishasura troubled the inhabitants of all three worlds — earth, heaven and hell — goddess Durga slew him to come back order to the world. Legend says that Goddess Durga killed the demon after fighting for ten days.

Celebration of Dashain in Brahamin community

A similar pattern of celebration followed by both Brahmins living in and out of Kathmandu valley. The ethnic group holds a series of high celebrations throughout the year, from planting ‘Jamara’ during Ghatasthapana to sacrificing animals in Asthami. Festivals last until Kojagrath Purnima. Besides eating, drinking, and gambling, the community is more inclined to receive tika from the elders and organize family reunifications. Celebration of Dashain festival in Newari community

Kathmandu Valley natives, the Newars, celebrate Dashain or mohani nakha for nine days, offering puja at home and in temples. Vijaya Dashami is the day when the eldest family member gives the rest of the family tika. Unlike other communities where people visit their elderly relatives on their initiative, Newars don’t visit their elderly relatives unless invited. Newari celebrates Vijaya Dashami as a family affair. The oldest member presents the family with a black tika (divination) and kokha (pieces of black and white cotton) as their blessing. It is mandatory to wear a red tika. Married daughters  receive tika after an invitation from the family member which is the next day of the main event. 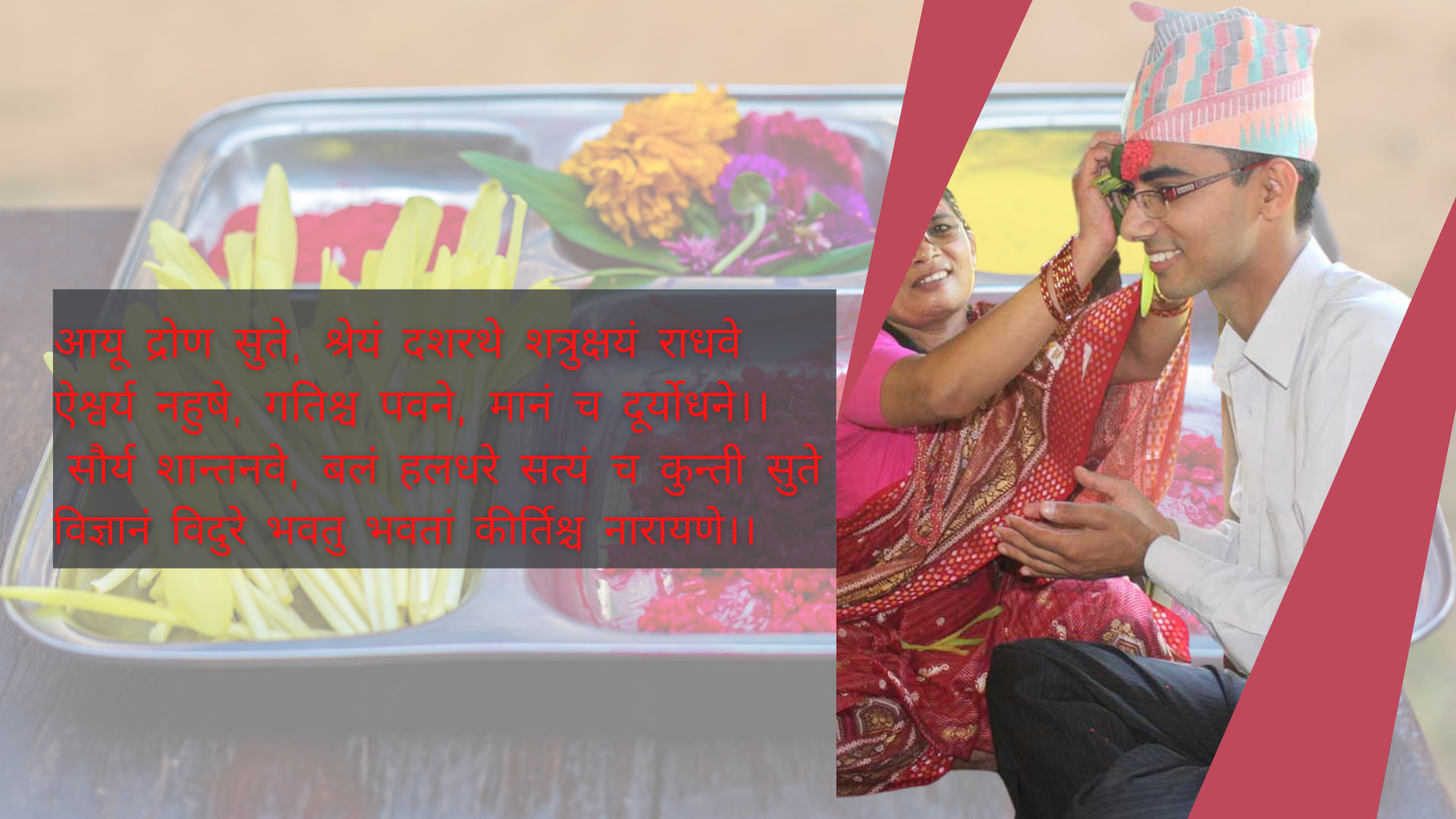 The Marwari community worships Devi Shakti as Shiva’s better half. A central role in this festival belongs to the women, who represent matrishakti. It attempts to discard all unhealthy habits, such as fasting and celibacy. The ninth day includes an offering of special halwa and puri to the goddess.

Each year, Marwaris in the Kathmandu Valley observe Dashain communally through the Nawaratra Mahotsav. In a procession accompanied by an elephant, five hundred and one women carry Kalash around the city. Dancing the dandia and singing bhajans popular activities performed during the festival time. Since they are vegetarians, they don’t perform animal sacrifices. There are 56 distinct varieties of vegetarian food items on the Chhapanna Bhog feast. A similar tradition does not exist in the community regarding receiving tika from elders.

Despite its national status, the Limbu community does not view it as a religious festival. Before the 1964 Act, the state had granted Kipats or lands for them. A sacrifice of animals on Navami by the Subbas, or heads of villages, at the maula, or pillar dedicated to Hindu worship. However, the long national holiday in the Limbu community spent through family
reunions and savouring delicacies. 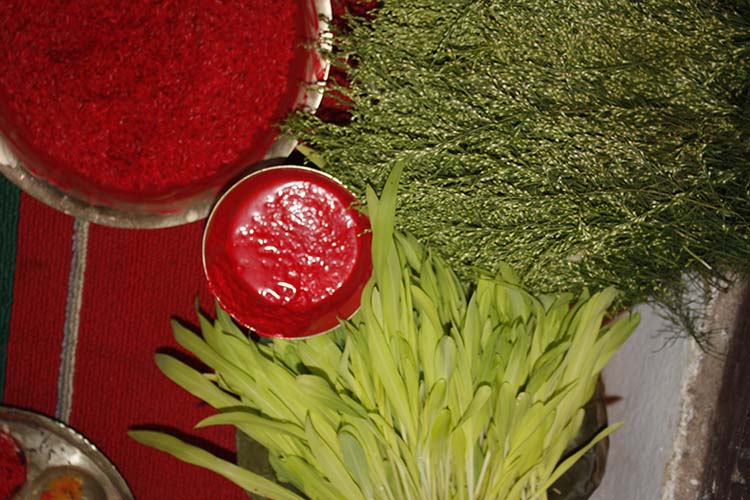 Previously, the ancient Gurung community on Dashain used to worship lands. As the early Gurungs moved from nomadism to agriculture, they constructed a pillar outside their settlement (a tyo in the Gurung language, a maula in Nepali).

The chief priest, Pajiu, worshipped the deity Phaiylu. To honour the land they cultivated, Phaiylu offers sacrifice of creatures to the air, land, and sea.

As part of their Dashain celebrations, the Gurung community receives tika from their elders and relatives. During the event, the guests enjoy different dishes  prepared specifically for the occasion. New clothes and swings are always a hit amongst the children. However, they have decided to forego wearing the traditional red tika, as they consider it unlucky, so they have adopted the white tika as a substitute for the celebration.

Dashain this year will be different from previous years. Many will not celebrate their Dashain because someone close to them – either a family member or a friend – has passed on due to COVID-19. Hospitals still have patients who are in battling with COVID-19. Economic hardship has affected many people, and even if you want to spend, you can’t.

Among the most impacted sectors are travel and tourism. It is impossible for Nepalis living abroad to visit their family during Dashain. Some too many people cannot travel to the other side of India with the borders closed and flights not yet resumed. We may be recalling old celebrations of Dashain this year-of family celebration. Dashain 2021 year promise different celebration from the other Dashain, whose stories will be told for centuries to come.

Previous All about Maha Asthami you must need to know in Dashain
Next Ultimate Dashain food recipes: step by step cooking guide