Autumn is in full bloom as the rainy season clouds change into flawless blue skies. In the months before Dashain, the crisp air, the warm weather, and the colourful aura mark the festival spirit of Dashain. Religion, celebration, and rituals are significant in Nepal during the autumn festival season. However, a pandemic may mean that people will not be able to hold their ceremonies this year within their homes.

COVID-19 has caused an increase in cases, so it has become increasingly difficult to observe Dashain season and celebrations that involve social gatherings, such as Teej and Indra Jatra. In 2021, what will be the grand celebration of the Dashain festival?

Dashain festivals are not instances of mass gatherings, travelling, and visiting relatives across numerous places. Family members stay in the house to celebrate and enjoy festivals. 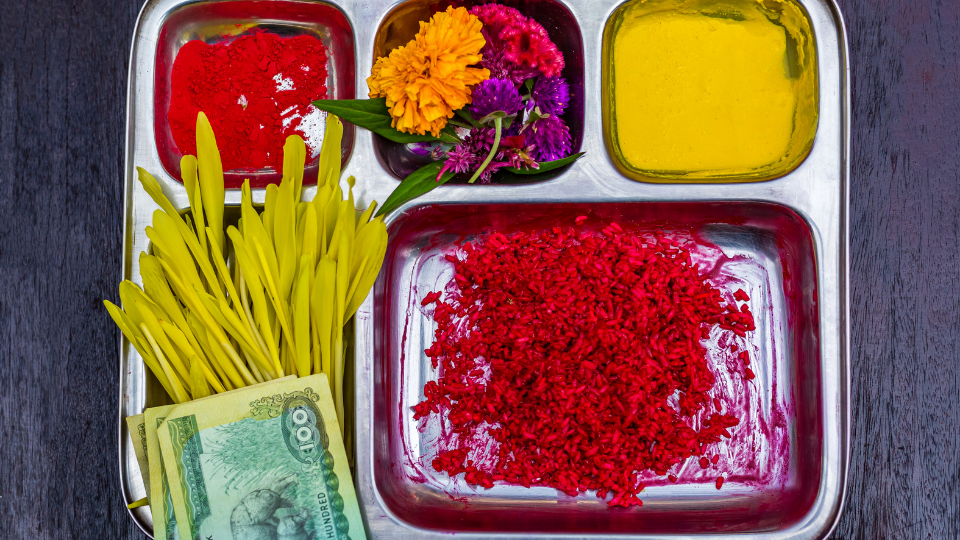 Dashain season: all about the festival

During this celebration, a demon named Mahasasur, who caused havoc between the realms of heaven, earth, and hell, faced defeat. In Dashain, the demon Mahishasura fights goddess Durga in a great battle.

In ancient times, Lord Brahma granted Mahishasura immortality and told a woman that only she could defeat him. The final project of the Hindu trinity, Lord Brahma, Lord Vishnu, and Lord Shiva were to create Goddess Durga, who eventually slew Mahishasura.

The purpose of the festival’s first nine days to commemorate the constant struggle between good and evil. On the tenth day, Goddess Durga finally vanquished Mahisasusr after nine days of an epic battle between virtue and vice.

In a describes God Ram’s victory over Satan Ravan by referring to Dashain Dashain and Goddess Durga and her grand triumph. Thus, Dashain symbolically implies that virtue triumphs over evil. 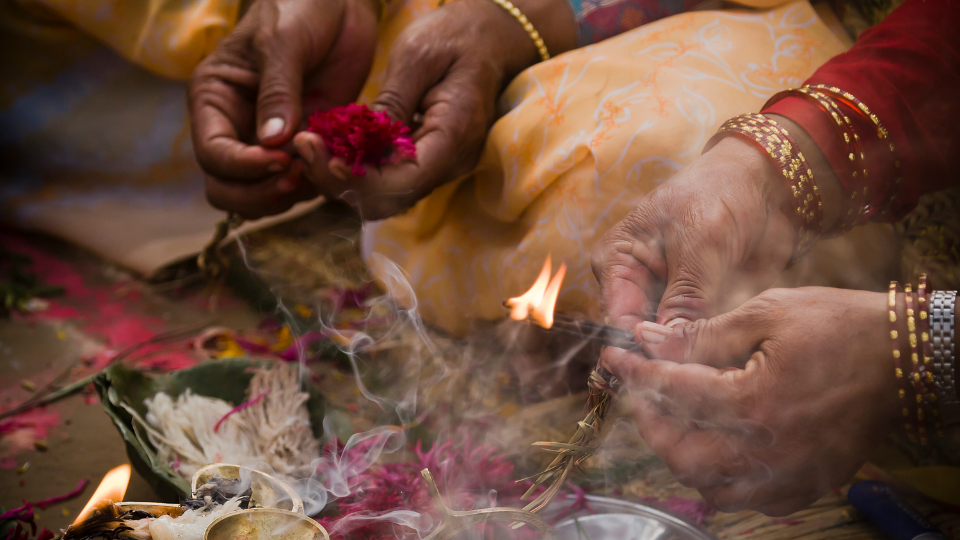 The Dashain Ghar celebrates the beginning of the Navaratri festival by worshipping Goddesses Mahakali, Mahalaxmi, and Mahasaraswati.

The critical events of the nine-night Navaratri are Ghatasthapana, Fulpati, Maha Ashtami, Maha Navami and Vijayadashami.

Dashain begins with Ghatasthapana, literally translated as putting up a pot. The image of Durga embosses on the side of the Kalash, a holy water vessel symbolizing the Goddess. The built Kalash holds a sprinkled cow dung on top, filled with holy water.

A small square of sand framed into a block places the Kalash in the middle. The grains then scattered across the surrounding sand. Astrologers determine a particularly auspicious moment for performing ghatasthapana rituals. The priest then addressed the vessel by requesting goddess Durga’s blessing at that moment.

Fulpati, the assortment of Nine plants

This festival culminates on Fulpati day. Brahmans carry a decorated palanquin under a gold-tipped and embroidered umbrella with a Kalash containing holy water, banana bundles, Jamara, and sugar cane.

The ritual involves bringing Fulpati from Gorkha to the Dashain Ghar at Hanumandhoka.

Read Also: 6 Dashain festival facts you might not have known till today 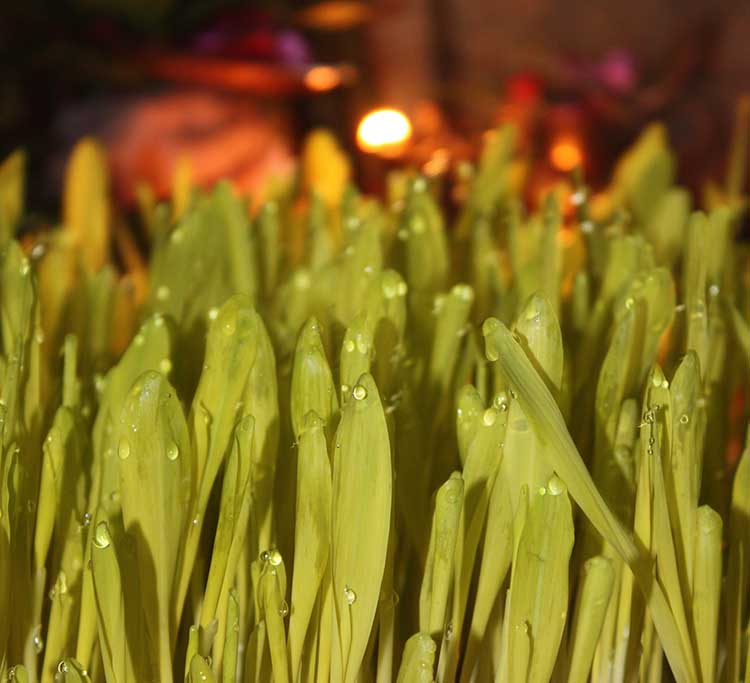 Maha Asthami, the celebration of slaughtering and sacrifice

Dashain Festival considers the eighth day as an Asthami. We worship temples dedicated to Kali, the worst manifestation of Durga. The slaughter of scores of livestock appeases the Goddess in Nepal on this day.

Known as the Black Night, this event occurs every year. People behead eight buffaloes and 108 goats at the midnight ceremony held in Durbar Square near the courtyards.

Bringing meats home after offering them to Goddess,  referred to as Prasad. Consuming  prasad after worshipping the goddess Kali brings good luck.

Maha Navami, the celebration of victory

In the morning and evening, crowds of people visit the temples of the mother goddess from dawn till dusk. The slaughter of animals is mainly done to honour Durga.  Soldiers marched in uniform, accompanied by military bands and guns do an honouring ceremony.

The courtyard is flooded with blood once the function ends. It is also during this day that the God of creativity, Vishwa Karma, is worshipped.

During this celebration, people also sacrifice moving machinery, such as autos, aircraft, trucks, etc., to obtain Goddess Durga’s blessing to protect their vehicles and occupants from accidents. Throughout the day, everything is colourful.

There is nothing better than a family reunion on Vijaya Dashami. In celebration of this holiday, loved ones and friends exchange greeting cards and gifts. On the forehead of the child, parents will place a Tika (red cinnabar dot). In the Kathmandu Valley, you will be able to see spectacular masked dances by nightfall. 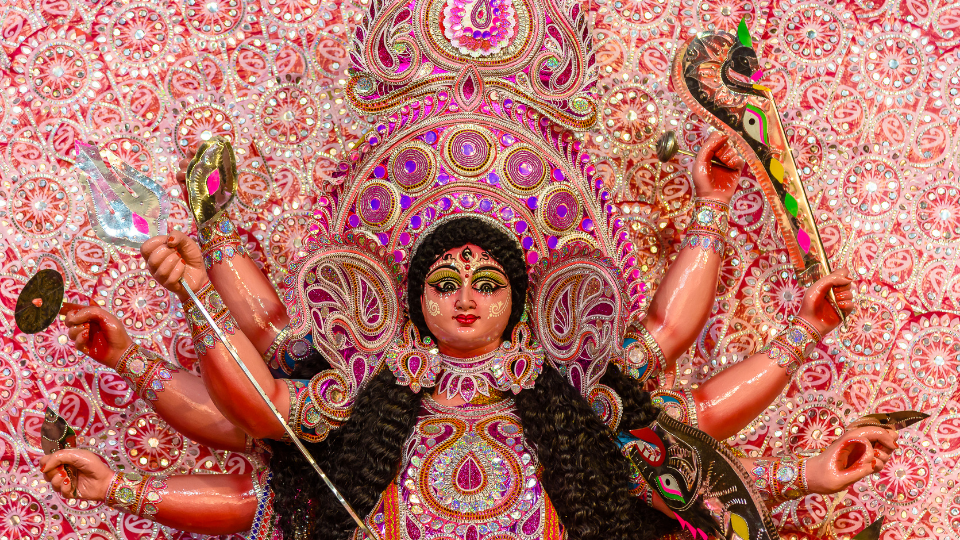 Kojagrata Purnima, the final day of the Dashain festival

Kojagrata Purnima, which falls on the whole moon night of the Dashain, is the last day of Dashain.

The word Kojagrata means “Who is awake?”. On this day, the Goddess Lakshmi will come to the earth and bless anyone who has not fallen asleep all night (Gospel for insomniacs). Overnight gambling is a common practice among Nepalese.

Getting the most out of your Dashain season

One of the most significant Hindu festivals, Dashain, is observed throughout Nepal all year round. The festival lasts for 15 days and usually falls between September and October.

The Nepalese calendar starts with the new moon (Poornima) and ends at Shukla Paksha.

Dashain, the Hindu nation’s most fantastic festival, honours a massive victory over the evil demons.

Festivals like this are not only a time to reunite but also to have fun. Those living far from home or homeland often reunite with their families with whom they grew up. In addition to new clothes, children also get new toys.

Many games, including card games, are enjoyed by people, with mouth-watering savoury Dashain meals. Guests, during the festival, are invited to feasts, while the relatives get hold of the reunion. Several activities such as kites, bamboo swings are enjoyed.

There are countless pujas in Nepal in honour of the goddess Durga, many offerings, and thousands of animal sacrifices at the ritual holy bathing, which drenches her in blood for days.

The occasion of Dashain calls for every home to be cleaned and embellished with beautiful paintings inviting the mother goddess to bless the house with prosperity.

In each household, relatives from abroad and close by gather during this time. Shoppers flock to the market searching for clothing, jewellery, luxuries, gifts and food for families and feast.

Dashain season, Nepal’s largest festival, is the biggest celebration of the year. The festival is right next to the corner of October. There is no compromise in the festival despite the COVID impact.

It is more common for people to stay inside and enjoy themselves with their close ones, during the pandemic. Unlike the previous year Dashain celebration 2020, this year 2021, Dashain festival assures massive individuals landing in Nepal. We are sure people are eager to seek blessings from their elder family members. As we believe, the COVID-19 fear has somewhat built vital importance of family & togetherness.

Previous Dashain festival 2021: Lockdown and celebration
Next Trendiest 5 gadgets you must have this DASHAIN 2021 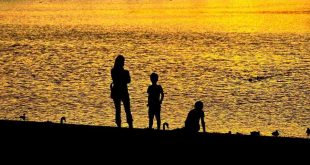 In Nepal, Dashain is the most celebrated festival. Before the celebration is in full swing, …