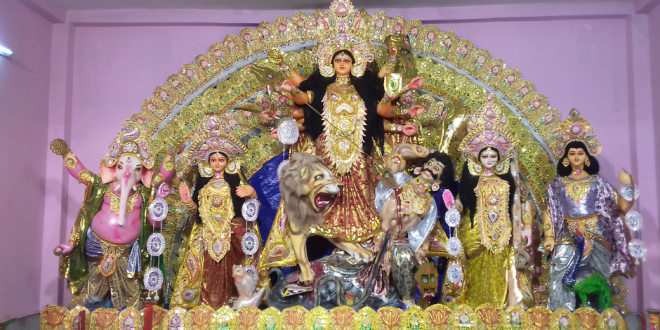 During the Dashain celebrations, Durga Ashtami is celebrated on the eighth day. As part of Durga Puja, Durgashtami is also known as Maha Ashtami, and many people fast on this day. In 2021, Durga Ashtami falls on October 13. On the day, Goddess Durga's weapons are worshipped, and it is called Astra Puja. As a result of displays using arms and martial arts, the day is called Virashtami. One of the most essential days in Hinduism is dedicated to Goddess worship. Certain areas believe that Chamunda brought an end to Chanda, Munda, and Rakthabija (the three demons associated with Mahishasura) on this day. At Durga Puja, Mahashtami, Yoginis and Ashta Shaktis (the eight ferocious forms of Goddess Durga) are worshipped. It is understood that Ashta Sati, or the Eight Shaktis, vary according to the regions in South Asia. All eight goddesses are incarnations of Shakti. Despite representing different energies, these Divine Feminines are one powerful presence. When Durga Puja is performed, Ashta Shakti is worshipped as Brahmani, Maheswari, Kaumari, Vaishnavi, Varahi, Narasinghi, Indrani, and Chamunda.