Why Maha Navami is an integral part of the Dashain festival?

Hindus worldwide celebrate Maha Navami as one of the most important and most popular festivals of Dashain. As a result of its popularity, it is even known as the “Mother of All Festivals” in Nepal. The festival is also widely celebrated in India and other countries in South Asia. Durga Puja, Dashain and Navratri are the other names associated with Dashain.

Dashain is a fifteen-day festival in Nepal. Ghatasthapana marks the beginning of the festival and Purnima, the end of the festival. The Dashain festival lasts for 15 days every year, usually in September or October. Based on the Nepali calendar, last year’s celebration began on the 1st of Kartik and ended on the 15th of Kartik 2077 BS. The celebration of Dashain was on October 17th, 2020, according to the English Calendar.

The festival lasts 15 days, and each day reflects the specific strict reason for celebration. It is believed that Dashain is the most significant Hindu celebration and respect for goddess Durga and the triumph of good over evil. 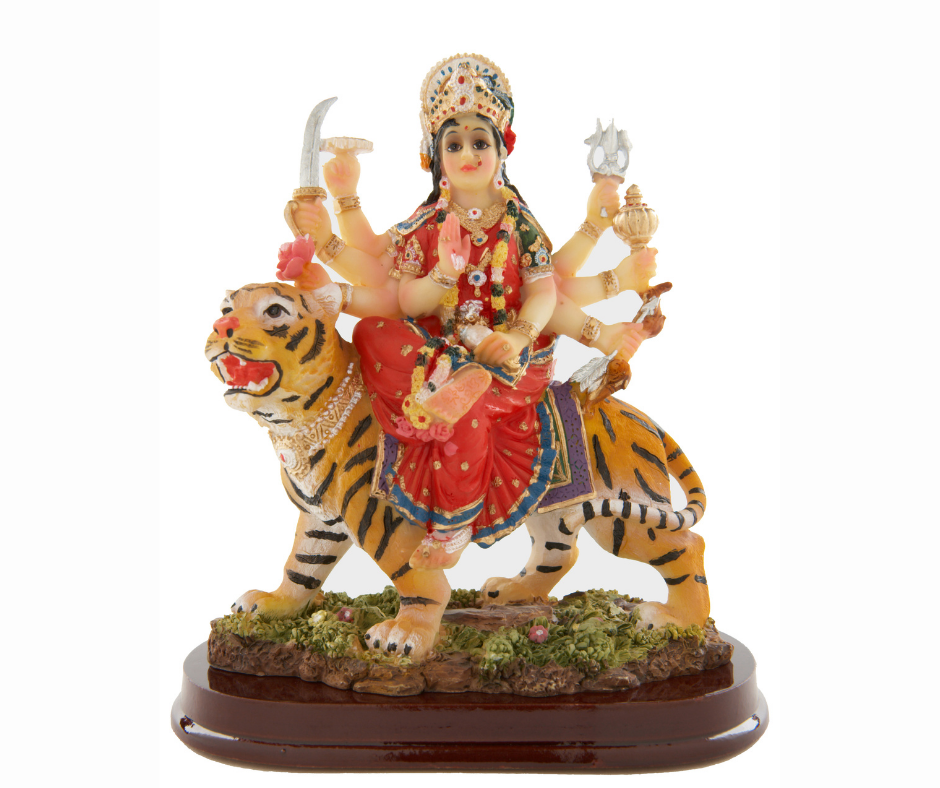 Maha Navami: Why celebrate it?

During Dashain, we celebrate the victory of good over evil. Goddess Durga defeated Mahisasura in this battle. The scriptures indicate that this is the tenth day after the fight between the Goddess and the demon ended. Mahishasu Mardini was believed to be the Goddess who took the form of a demon to destroy that which terrorized the universe. As a result, Maha Navami is an important day in the Dashain festival.

Many people also celebrate Dashain as the triumph of Lord Ram over Ravan and the triumph of Goddess Durga over Mahishasura. According to Holy Ramayana, Ravan had abducted Lord Ram’s wife, Sita, but Lord Ram killed him. On the tenth day, it is said that Lord Ram killed Ravan because he fought with him until the ninth day. Despite the differences between the mythologies, good always defeats evil. Maha Navami, therefore, is a special festival for Hindus across the globe.

Read Also: Dashain Fulpati – what do Nepalese do on the seventh day?

How is Maha Nawami celebrated?

The ninth day of the ten-day-long festival is known as ‘Maha Nawami’, which involves offering devotional gifts and worshipping Goddess Durga Bhawani. Taleju Temple in Bashantapur has become increasingly popular with devotees. Mahanavami is the occasion on which the temple is opened every year.

According to the lunar calendar, Maha Navami is observed on the ninth day of the waxing moon in the month of Asoj.

In addition, devotees are worshipping Durga Bhawani today, offering the germinated ‘jamara’ to different shrines. Many temples dedicated to goddesses sacrifice male buffalos, ducks, roosters and Billy goats. Some cultures provide fruits and vegetables as sacrifices to the goddess instead of animal or bird sacrifices.

Special security forces also perform special worship of the armories on this day. On this day, devotees can also pay homage to Taleju Temple at Hanumandhoka in the capital city. Maha Navami marks the opening of the temple.

As a part of the Maha Navami celebration, Newar people also sacrifice animals to the Hindu deity Bhimsen.

Mahanawami – the final day of worship before Vijaya Dashami

Mahánavami or Navratri’s ninth day is the final day of Durga Puja. After a sacred bath and Shodhasopachar puja, Goddess Durga, also known as Mahisasuramardini, is revered with sixteen types of offerings.

Mahanavami puja is considered equivalent to worshipping the goddess during all nine days of Navratri. We honour the Siddhidatri version of Durga during this day. Girls who are still in their teens are worshipped as goddess Durga. We wash their feet before serving them puri, chana, kheer, halwa, and gifts. Some devotees also observe the Mahanavami Upvas on this day.

Sugarcane stalks are offered to Goddess Durga. An end of puja ritual is called Navami Homa. An evening Maha Arti ceremony is also organized in the Dashain Ghar.

Navami – Worshipping the lord of success

The ninth day of Navratri marks the killing of Mahishasura by Goddess Durga. Furthermore, Siddhi means “giver”; therefore, she bestows her perfection to her devotees. The Goddess is also associated with wisdom and knowledge, which allow devotees to reach triumph, purity, and joy.

Lord Siddhidatri is worshipped as Goddess Durga’s form on this day by devotees. It is also the last day of the Navratri festival. Goddess Siddhidatri is pictured with a red lotus. It’s not uncommon for her to ride a lion as well. As she holds the conch, the mace, and the lotus in her four hands, it gives her the appearance of a ruler. The 9th day of Dashain brings success, joy, and fortune to worshipers of Sidhidatri.

A mace, a chakra, a shankha, and a lotus are the weapons of Siddhidhatri, in which eight sages are absorbed. 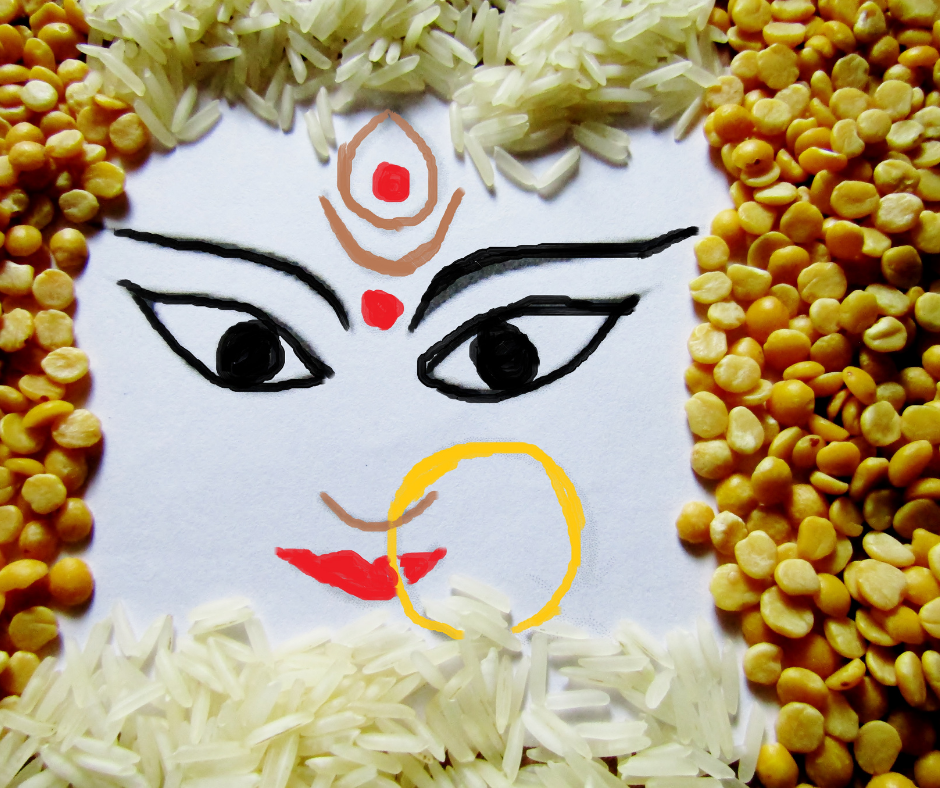 Mahanavami has occult significance among the Saktheyas in Hinduism. This day is devoted to Lord Vishnu by the Vaishnavas, who perform special rituals and pujas in honor. Lord Balaji is celebrated in Tirumala on this day as part of the Brahmaotsav festival.

It is a day to worship Lord Durga for those who feel threatened by enemies, legal disputes, and other disputes or the evil eye. It is noteworthy that all malefic planets of Mars, Saturn, Rahu, and the Moon can be nullified on this day due to its austerity.

Celebrating Dashain in spite of COVID-19

The countdown is on for Dashain 2078, and the festivities are about to begin. We are approaching the most significant festival of Nepalese and Hindus all over the world. Formally, the rituals begin with the Ghatasthapana.

Dashain festival is not only about rituals but also about food, colours, and love. It’s an excellent opportunity to meet up with friends and family during this festival. The festival lasts 15 days and draws tourists worldwide to celebrate it in their own country. Thousands of visitors from abroad commemorate the celebration.

Dashain celebrations are made even more enjoyable by diverse other activities. Many people enjoy playing cards, riding the bamboo swings, and flying kites on this festive day.

As Dashain 2078 approaches, the world has been hit by the Covid 19 pandemic. Covid 19 is making its way across the globe rapidly, making it harder to embrace the festival with the same excitement as in previous years.

The Nepalese government might impose a nationwide lockdown to limit the spread of the virus has been lifted. The risk has not been minimized, however. A virus like this can affect anyone at any time. Therefore, Nepalese must be extremely cautious during this festival. Some possible approaches include celebrating at home, eating homemade foods, limiting travel to the marketplace, limiting visits to temples during the pandemic, and avoiding attending functions in large crowds.

Previous Dashain Fulpati – what do Nepalese do on the seventh day?
Next All about Maha Asthami you must need to know in Dashain